Fans tuning in to ITV’s Rugby World Cup 2019 coverage from the host broadcaster’s studio in Maidstone, England were impressed by the dynamic mixed reality “window on the world” set element created by Anna Valley for the duration of the tournament. The AV and entertainment technology company integrated a disguise gx 2 media server with stYpe camera tracking and Notch to deliver a never-seen-before studio set for the broadcaster.

From the studio the ITV Sport team provided insight on and analysis of the Rugby World Cup, which was held from September 20th to November 2nd at 12 venues across Japan. The set, conceived by ITV and delivered by technical partner Anna Valley, combined live action, augmented reality and mixed reality in a uniquely engaging environment millions of enthusiastic rugby fans would enjoy. 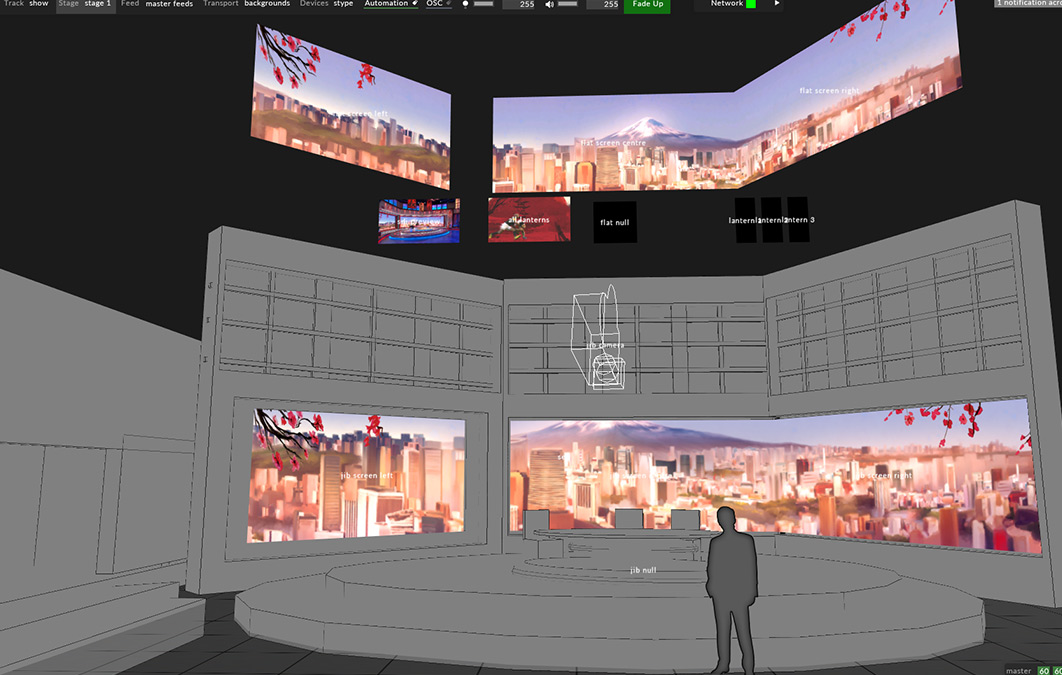 The “window on the world” set element used large high-resolution LED screens to give an artistic impression of a Japanese cityscape that responded to on-set camera movements in the same way a physical camera would deliver a panoramic view of a real Japanese city. The three-screen LED video wall acted as a stunning backdrop for the studio hosts reporting on tournament play.

To achieve the mixed reality effect Anna Valley fed positional data from stYpe RedSpy trackers fixed to the live studio cameras into a disguise gx 2 server running Notch software that rendered the cityscape content from the perspective of the cameras and fed it back to the LED display window in real time. 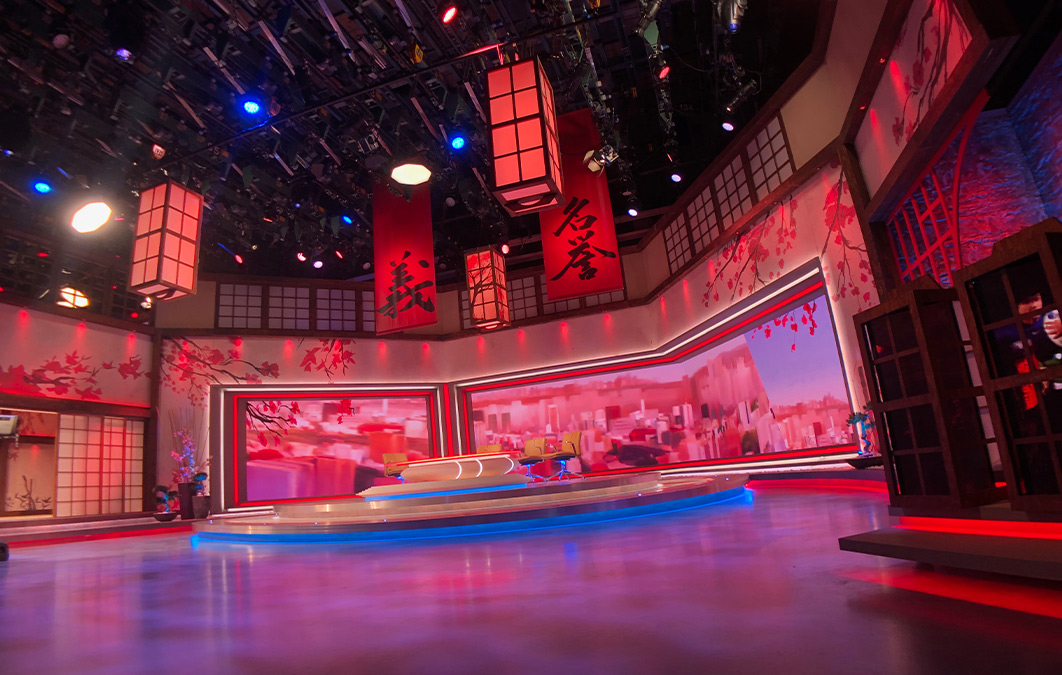 “disguise was the centerpiece of our workflow,” says Shaun Wilton, Director at Anna Valley. “We took in positional data from the two cameras using the RedSpy camera tracking system, which in turn drove the cameras in disguise and exposed cameras in the Notch block. The feed from those cameras, plus the static feed from the non-tracked cameras, was sent to the vision mixer to allow them to cut both cameras and the feeds to the high-res LED screens simultaneously.”

“The gx 2 was selected for its reliability when we live rendered heavy scenes, along with its compatibility with other technology in our mixed reality workflow. The 3D interface in disguise also made it easy to build the show and implement accurate adjustments quickly.” 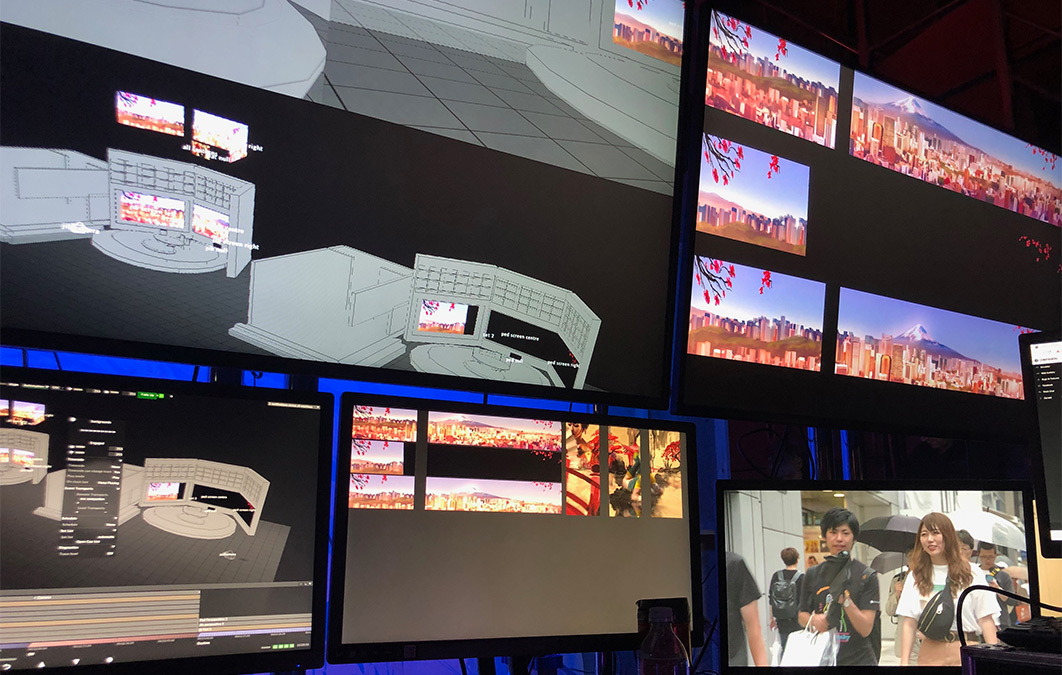 The native integration of Notch and stYpe were fundamental to the project, says Wilton.  “In addition, the ability to import a replica model of the set into the UI and have a visual representation of the camera locations in relation to the LED screens allowed us to have a vivid and clear understanding of what was happening live on set.”

Anna Valley’s technical innovation department ran full mock ups of the mixed reality set element in its own demo space and in ITV’s Maidstone studio prior to the install to ensure that the cutting-edge solution was broadcast-ready. 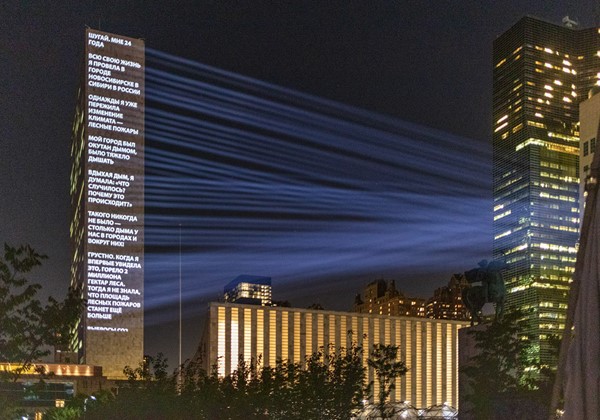 Voices for the Future 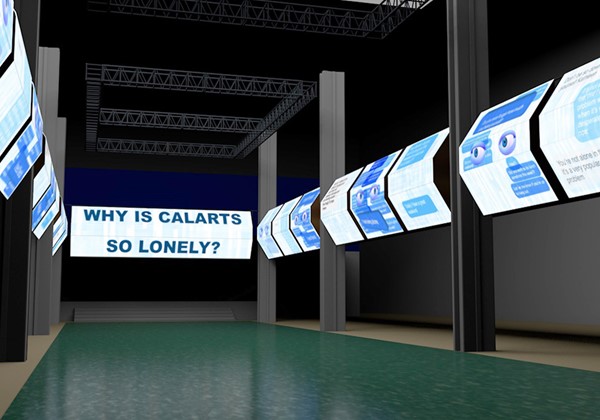