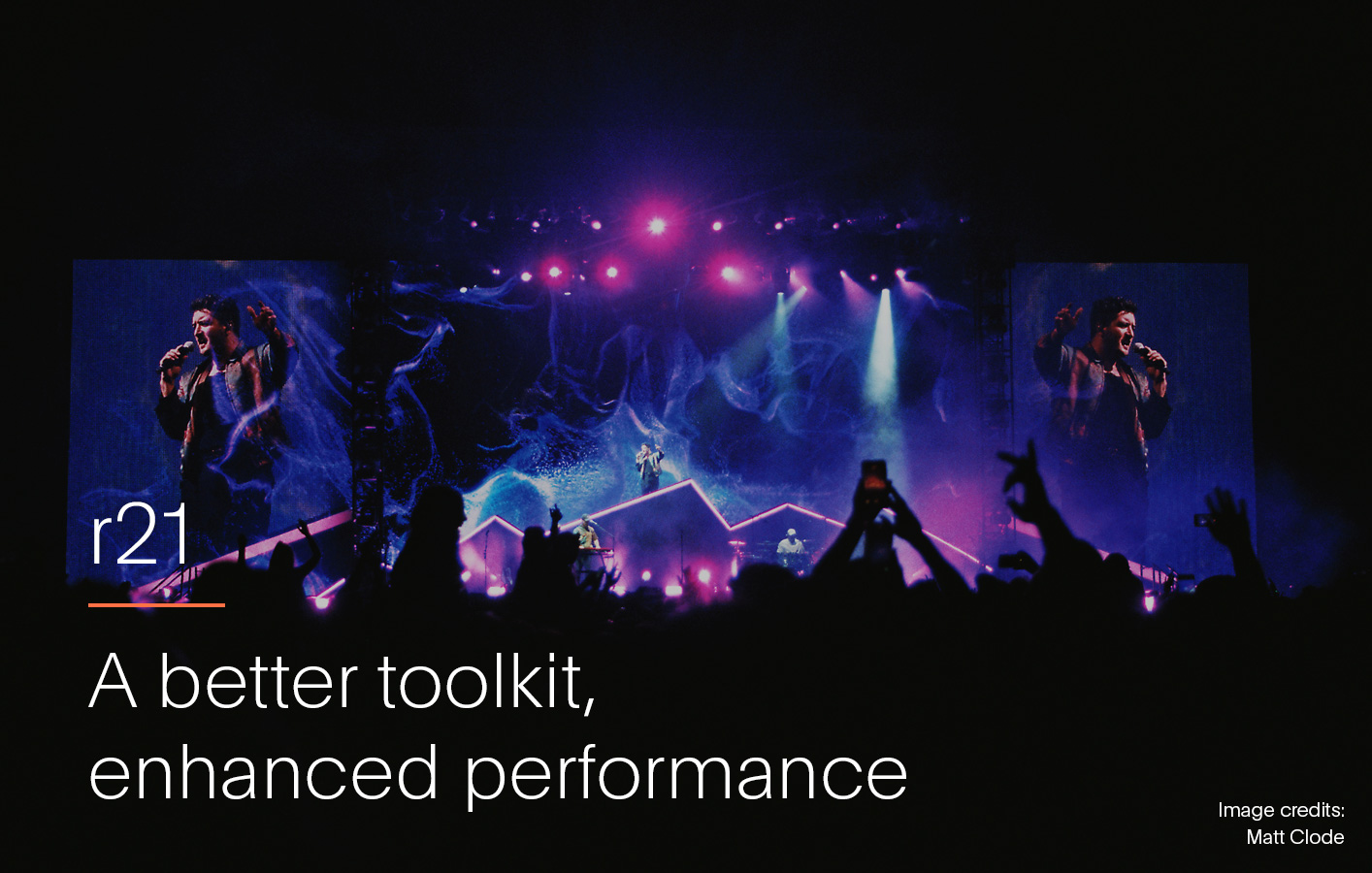 Developed with the help of experts from the disguise insider groups and battle-tested on the world’s biggest shows, r21 includes improvements to the disguise software UI, colour workflows and overall system performance.

r21 unlocks improved functionality of our Designer software interface and RenderStream workflows, as well as introducing new tools for managing colour workflows. The release promises enhanced performance of the disguise software for productions across all of our wide-reaching industry applications, from live shows to virtual productions, broadcasts and fixed installations.

Developed throughout the last 20 years as a pioneering solution to previsualise and deliver show-stopping concert visuals for some of the world’s biggest artists, our software has always had our community of users, customers and partners at the heart of its development pipeline.

Our award-winning xR workflow, officially launched as part of software release r18 last year, is a case in point. Developed in close partnership with a select group of users around the world who field-tested the release and shared feedback and improvements to our development team over the course of two years, disguise xR has since become a leading global solution for extended reality and virtual production. 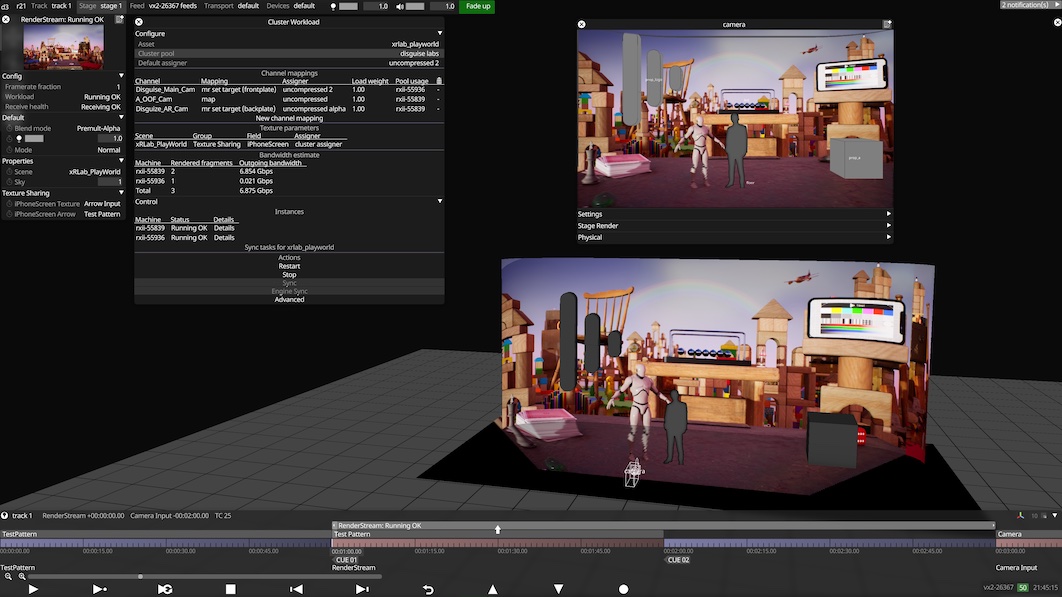 r21 is no different. Built on feedback from industry experts and practitioners, as well as insights from our disguise Live and Colour Insider groups, the new release has been tried and tested on various live productions - from Hans Zimmer’s much awaited 2022 European Tour, and new theatre shows around the UK such as Hedwig and the Angry Inch and The 47th - as well as virtual productions by La Planete Rouge in France and XR Studios at their new Hollywood studio location.

“What makes r21 stand out from previous releases is that it allowed our team to test it with our user community on site for various productions - an extremely valuable opportunity that previously couldn’t happen due to Covid restrictions. The ability to work alongside them and see first-hand what challenges they face is hugely insightful for us as we develop solutions and features to address them,” says disguise Head of Software Engineering, James Bentley. 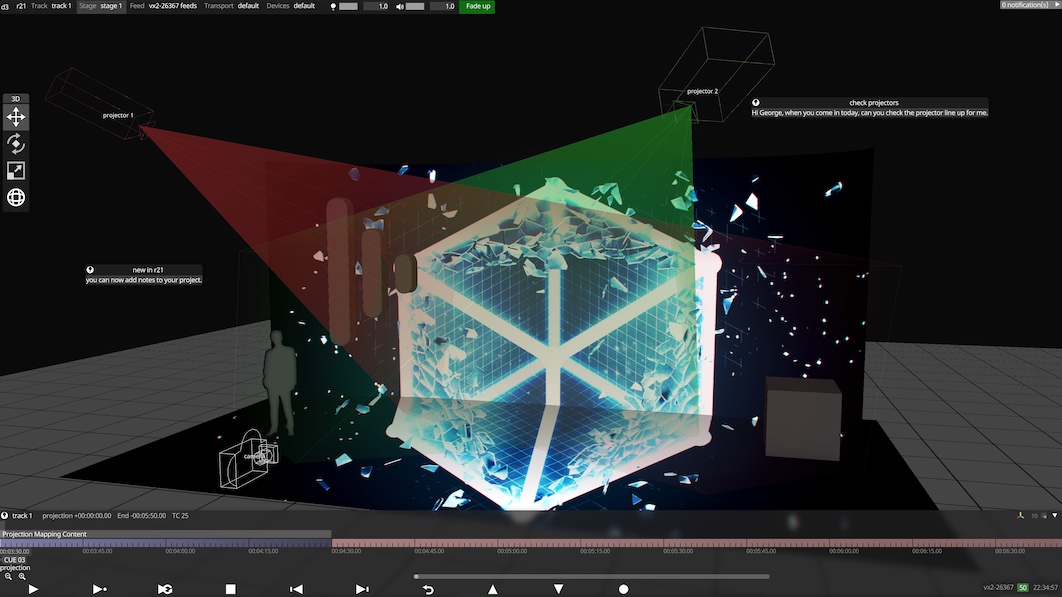 r21 introduces a suite of new features to the core software interface, allowing our diverse range of users, from screens producers and creative designers to workflow specialists and technical producers, to work with disguise more efficiently. The release also brings significant improvements to the disguise RenderStream infrastructure - a core element within our workflow that integrates the disguise hardware, software, content engines and camera tracking to deliver seamless productions.

Finally, r21 also includes new features that improve colour management within the disguise workflow. Colour management is at the core of every production, so with help from the disguise Colour Insider group, the team took a closer look at our existing colour workflow end to end and developed new features that enable colour grading with accuracy, while also introducing support for widely used colour formats. 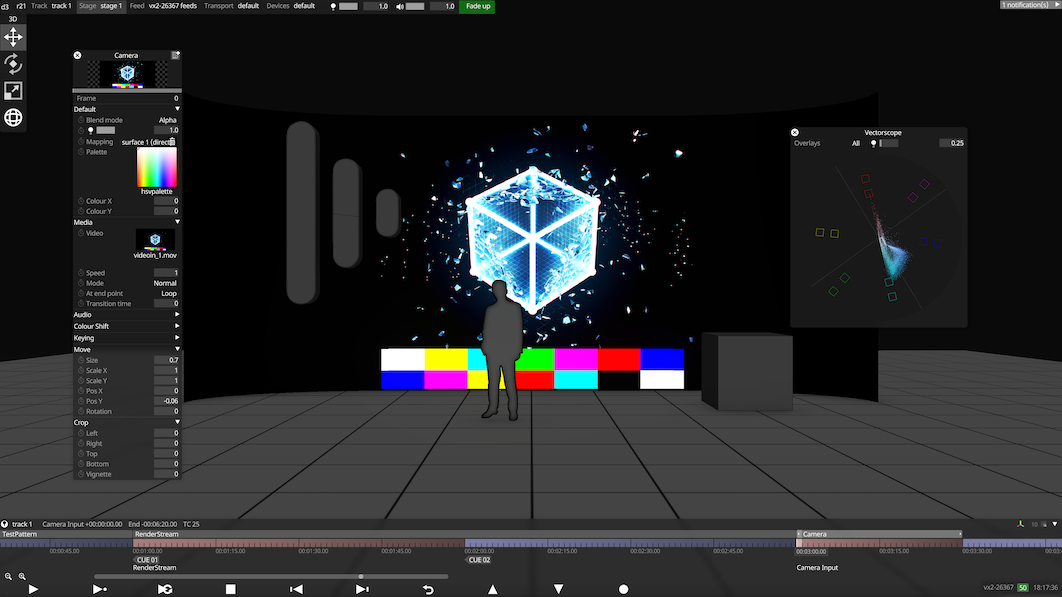 r21 is available to download for free and is available in seven languages: English, Spanish, German, French, Korean, Japanese and Simplified Chinese. 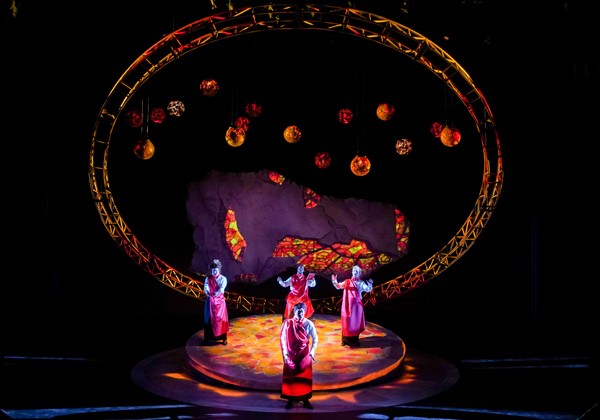 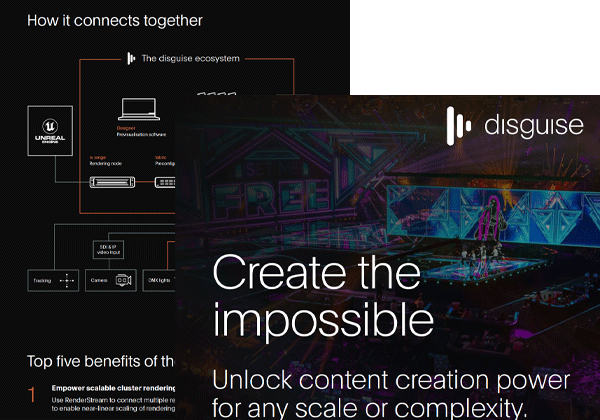 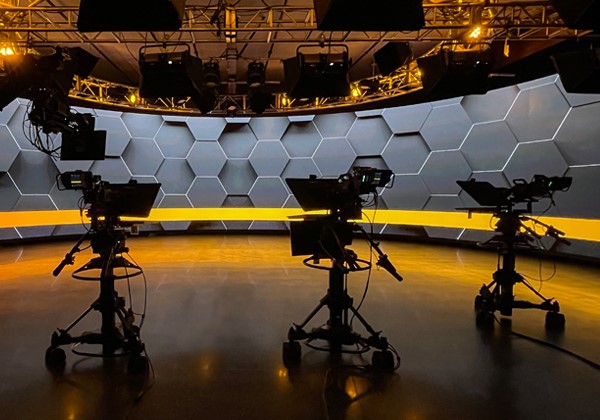